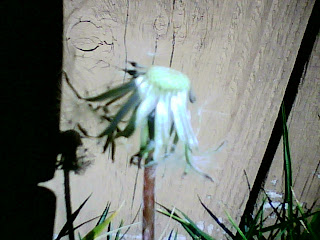 I think I've read too much of One Thousand and One Nights to throw wishes around lightly. Those tricksy Jinns love nothing better than to give people exactly what they asked for but not what they wanted. Like the poor gardener who wished he was a prince so he could marry the princess but when he went to woo her as a prince she said she was already in love with a young gardener who didn't know she existed. So I will do my best to wish for only what I actually want. Not what I think I will need to get it.

To finish White Hart. I'm pretty close to this one actually. I'm at about 170 pages and although I started it in January of 2011 70 of those pages I've written in the last month so I'm hoping to keep up this pace until I'm finished.

To query agents until one likes my writing enough to represent me. Yeah. Last year I said the same thing. I think I sent out maybe ten queries all year? I'm not sure if it's fear or laziness that's holding me back but I'm not going to let it anymore.

To publish at least one short story. I do actually have quite a few of those finished but I get so absorbed by my bigger writing projects that I forget to look for homes for them.

To move out of my mom's house. Right now there are so many things that would need to change for that to happen that I feel like I'm wishing for the moon but last year at this time I thought I would never own my own car. Or have a driver's license for that matter. Now I do. Maybe sometime in the not so distant future I will have what Virginia Woolf would call "A Room of One's Own." Besides. One of these days I'm going to own that moon.

To make a pumpkin roll that rolls instead of falls apart.


To go to ALA. Because there are free books! And it is in Anaheim. Anaheim. As in next to Disneyland!

To read a book that changes my life. I believe it was the introduction to Neil Gaiman's American Gods that made me worried about this. He said something to the effect of "back when a book could still change my life" I was horrified. Is it really possible to be such an experienced reader, fiction reviewer, or writer, that you can lose the ability to really be changed by a good book? To let it speak to you on some level deeper than you thought existed. I pray not. I always want a good book to come along and blow what I think of as my life out of the water and hang it up to dry.

To experience life. This is an important one for me. I can get really caught up in To-Do lists and goals and forget simple things like a cup of tea or a friend who's willing to talk to me or the gentle patter of the rain. Life is meant to be lived and I want to embrace every heart-breaking, soul-wrenching moment of it.

So those are my wishes. What are yours?

"Who says that every wish will be heard and answered,
When wished on the morning star?
Somebody thought of it and someone believed it.
Look what it's done so far."
--Rainbow Connection by Paul Williams and Kenneth Ascher
Posted by Unknown at 7:00 AM

I love the "experience life" one. Everybody could probably stand to do a little more of that. When it rains, I do savor those moments though.

Good luck with your wishes!