Hello *cough* *sneeze* Excuse me while I clear away some of the dust hereabouts. I am here because some of you may remember this post about kitchen disasters and I believe I promised to keep you updated on future attempts.

It's a few days late to report but for Thanksgiving I braved another try at making pumpkin rolls. In fact I upped the stakes a bit. I decided to vegan-ize it. That's right. I decided to take a beloved family recipe that I could not hereto conquer and eliminate the eggs and dairy.

Is anyone biting their fingernails yet? I know I was. To make matters worse I didn't have time to make it until the day of. No room for mistakes. 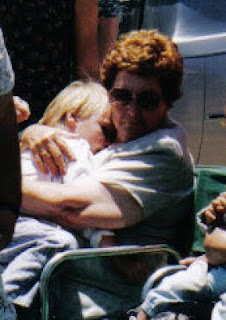 I was half convinced my late aunt (featured above) would haunt me for destroying her recipe.

But I had made the decision. I was going to try.

Egg substitute for 3 eggs (Not to promote brand names but because there is a big difference between the way different kinds work, I used Ener G)

Baking soda because egg substitute doesn't rise well. I didn't really measure how much I used. I just sprinkled until it looked right.

A sprinkling of cinnamon

A sprinkling of ginger

A sprinkling of nutmeg

and poured it onto a greased cookie sheet. I sprinkled chopped walnuts on top (the recipe said 1/2 cup but, again, I just did it by feel) 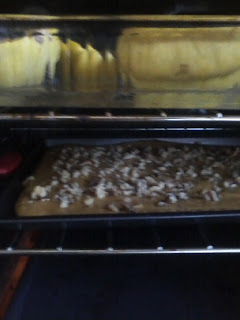 While it cooked. I mixed up the frosting:

Vegan cream cheese (most vegan cheeses are . . . less than adequate but as a cream it works)

How much of everything? I have no idea. By this time I was just going with my instincts. I didn't measure any of it.

When the bread was finished I took it off the pan. It *gasp* didn't stick. I spread the frosting, rolled it up and . . . 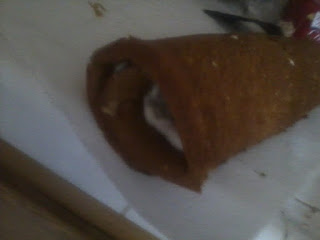 A pumpkin roll. It didn't fall apart. It wasn't raw. Ok. The edges weren't real pretty but it was delicious and no one knew it was vegan until I told them.

Luckily came to your place.
Hope to connect with all EBooks Authors helping each others.
http://amazonebooksbase.blogspot.com/

In case you’re what is more troubled with such problems contact our Binance Support Phone number +1-817-776-5501 we'll be out there every minute of each day to assist you on any of, for instance, suspension problems. shoppers all over up anticipating that few days or weeks ought to resolve a right away issue with their Binance account. terribly during a matter of seconds with development within the dispute, Binance achieved to say its shopper base to initiate back on the underlying rate and during this means the need for Binance telephone number beside support client bolster cluster to work out the problems as during a matter of seconds as potential. Any shopper troubled with Binance associated downside can contact the Binance Support Number +1-817-776-5501. additional information isit here: https://www.checkexchangeinfo.com/webexchanges/binance-support-number/

Blockchain is one in everything regarding most easy advanced billfold money within the planet.More shoppers in blockchain billfold support,Blockchain is processed cryptologic cash at bitcoin and coinbase. just in case you're any problems to attach with Blockchain support number +1-817-776-5501 to settled here any issues among 24hours. just in case you're needing Support variety for blockchain Wallet? basically selection our Blockchain client Support variety +1-817-776-5501 and fix your blockchain account problems. due to we've the foremost easy knowledgeable specialist with reference to your draw back. Our helpline administrations unit of measurement remote access administrations, speak administrations, and on location edges however. additional info:- https://www.checkexchangeinfo.com/webexchanges/blockchain-support-number/

he services offered are thus numerous and in some cases: powerful, that it'll take quite little bit of reading up to induce up to hurry on all the small print concerned. fortuitously, the Cryptopay walet support number +1-(315) 375-9460 Our employees is prepared to produce data and help the least bit times. the sole potential red flags are the few complaints we tend to are near to dissect below. https://www.walletslookup.com/mobile-wallets/cryptopay-support-number/

Jaxx Liberty contains a additional complete vary of options than virtually the other pocketbook. Multi-currency support. Jaxx Liberty support number +1-(315) 375-9460 quite eighty five cryptocurrencies. client service. Jaxx Liberty is one in all the few free internet wallets to return with 24/7 client support. Tried and tested. Jaxx is one in all cryptocurrency’s most-downloaded wallets. read here for more info: https://www.walletslookup.com/mobile-wallets/jaxx-liberty-support-number/

while trying to install Microsoft office follow the link below
office.com/setup

Aerospace coatings Marketare materials that improve the performance of an aircraft while also protecting its interior and exterior. The coatings are made in such a manner that they can withstand changes in temperature and air pressure. They protect the surface from UV radiation at higher altitudes, maintain temperature variations, and provide greater corrosion resistance.